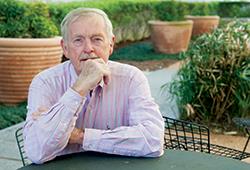 Jonathan purchased a home many years ago for $80,000. The home has appreciated substantially over the years and is now worth $420,000. Jonathan has decided to sell his home and move to a retirement community. However, he recognizes that even after using his $250,000 home exclusion, he will still face high capital gain tax from the sale of the property. Jonathan has been a volunteer at his University and would like to find a way to sell the home, avoid tax and make a gift to them.

Jonathan: My home has turned out to be a good investment, but now that my spouse is gone, I would like to spend more time with family. I recognize that if I sold my home I would pay high capital gains tax. I’m looking for a way to reduce the tax on the sale of my home and obtain a little more income for retirement. I don’t need a lot to live on, but I do like to spoil the grandchildren. I also like the idea of fixed income that won’t fluctuate with changes in the market.

Jonathan called his University and discovered that he could transfer his home in exchange for a large fixed annuity payment, based upon his age. Because the home was extremely marketable, it could be sold quickly by the University, and Jonathan would avoid capital gains on the sale portion. His home exclusion could be used to offset the remaining capital gain on the income he received from the annuity contract.

Jonathan: I decided to transfer my home to the University in exchange for the gift annuity and was delighted with the results. I avoided tax on the sale of my home and was able to receive a large annuity payment for my retirement. Best of all, because the payment was fixed, I did not have to worry about market fluctuations. Now, I can spend as much time with the grandchildren as I want!